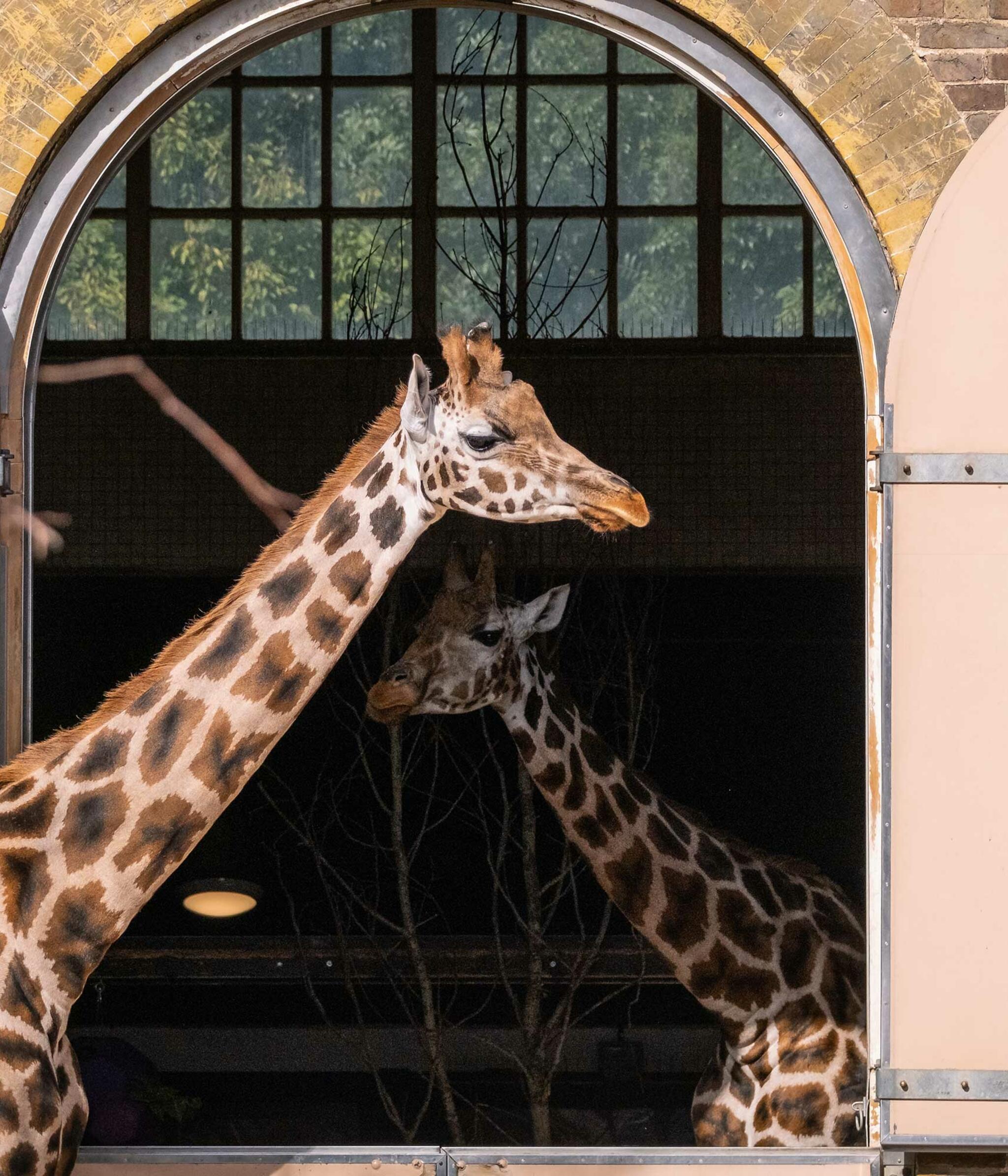 Giraffes are the world’s tallest mammals. They have long legs, necks and even tongues - which are incredibly dextrous. Their famous brown and yellow coat patterns vary between habitats – always adapted to optimum camouflage with their surroundings.

Their horns are called ossicones and are covered in skin and fur and are similar to deer’s. Giraffes have the same number of neck bones (vertebra) as humans – although theirs are linked by ball and socket joints enabling them far greater flexibility.

Giraffes act as the savannah’s alarm system.  With their long necks reaching above the treeline, they see danger first. When they start running the rest of the plain knows to run too. They can run at a pace of ten miles an hour for considerable distances and sprint as fast as 35 miles an hour in a short burst if threatened. Giraffes spend the majority of their time grazing and digest their food similarly to cows – regurgitating and chewing. They only need to drink once every few days, getting much of their hydration from food

What do giraffes eat?

Where do giraffes live?

What threats do giraffes face?

A giraffe’s kick can fend off most predators’ attacks, even lions. Poaching is the giraffe’s only real threat.

When giraffes arrived at London Zoo in 1836, they caused a public sensation. Our giraffes were the first to be seen by the public in England, and made Londoners instantly form a connection with the natural world.

How tall are giraffes?

The average height of a male giraffe is around 5.3 metres in height. Females are smaller and are around 4.3 metres tall.

Why do giraffes have dark tongues?

Giraffes have purpley-black coloured tongues, possibly to protect them from sun burn.

How long do giraffes live?

The lifespan of a giraffe is around 25 years.

African animals at the Zoo