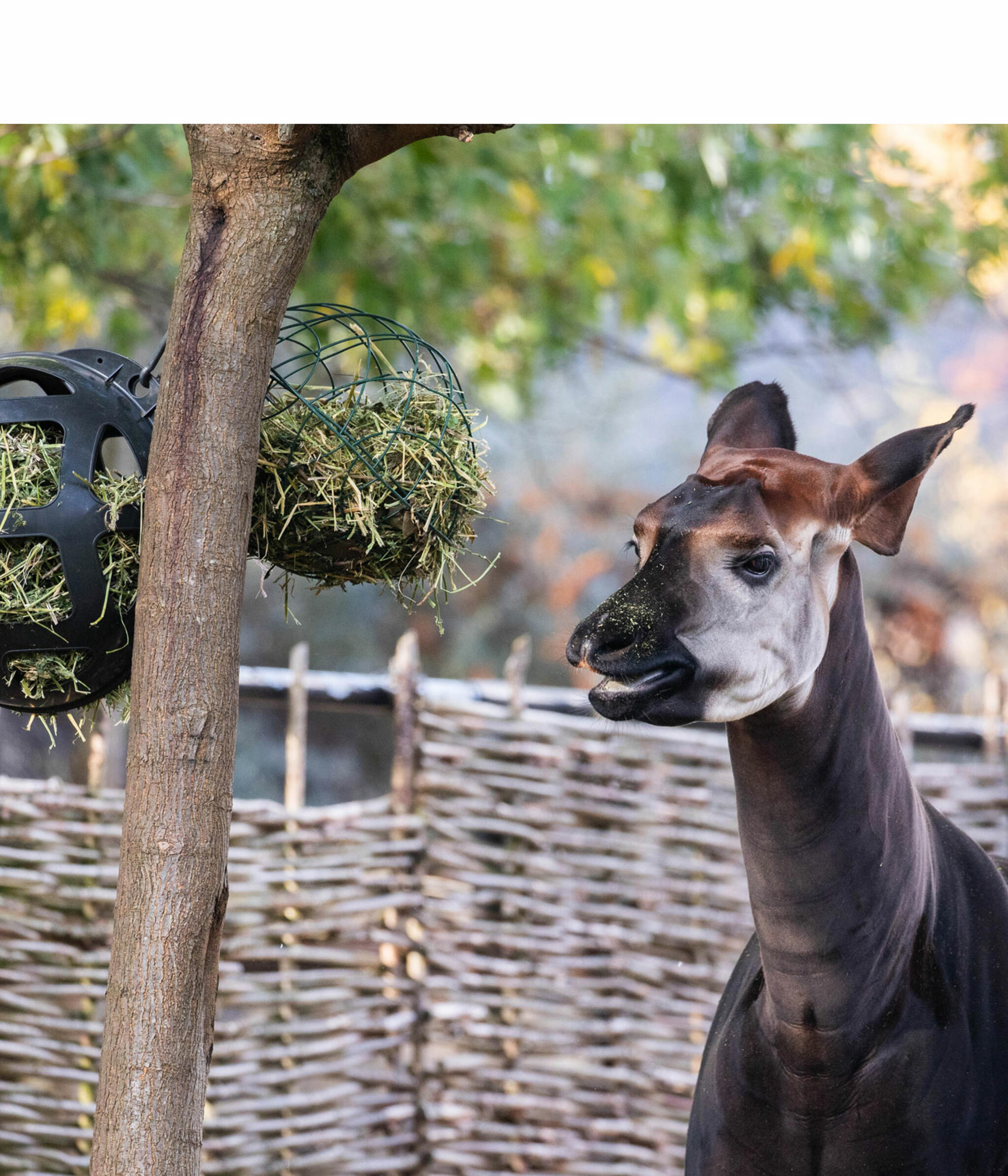 The okapi was first discovered by the western world by ZSL fellow, Sir Harry Johnston, in 1901 but what else do we know about this extraordinary and shy creature?

What do okapis eat?

Okapis can eat over 100 different types of plants including their leaves, bark and fruit.

Book your ticket now to see our okapis at London Zoo

Where do you find okapis in the wild?

The only place in the world that you can find a wild okapi is in the dense tropical rainforests of the Democratic Republic of Congo. It is hardly surprising then that they are the country's national animal and even feature on local bank notes.

What threats do okapis face in the wild?

Okapi are shy and usually harmless herbivores threatened by deforestation, poaching, armed conflict and illegal mining that has caused their population to drop dramatically in recent years. Because of the shy nature and the challenges of fieldwork in the forests of the Democratic Republic of Congo, obtaining accurate and up to date information on the okapi has been a major conservation challenge.

In 2010, ZSL started a collaborative effort to carry out the first range-wide conservation status review of this little-known but iconic species. This research led to the reassessment of the okapi as Endangered on the IUCN Red List of Threatened Species and laid the foundations for the development of the first okapi conservation strategy, which outlines the conservation measures to be taken to ensure the persistence of this species in the future.