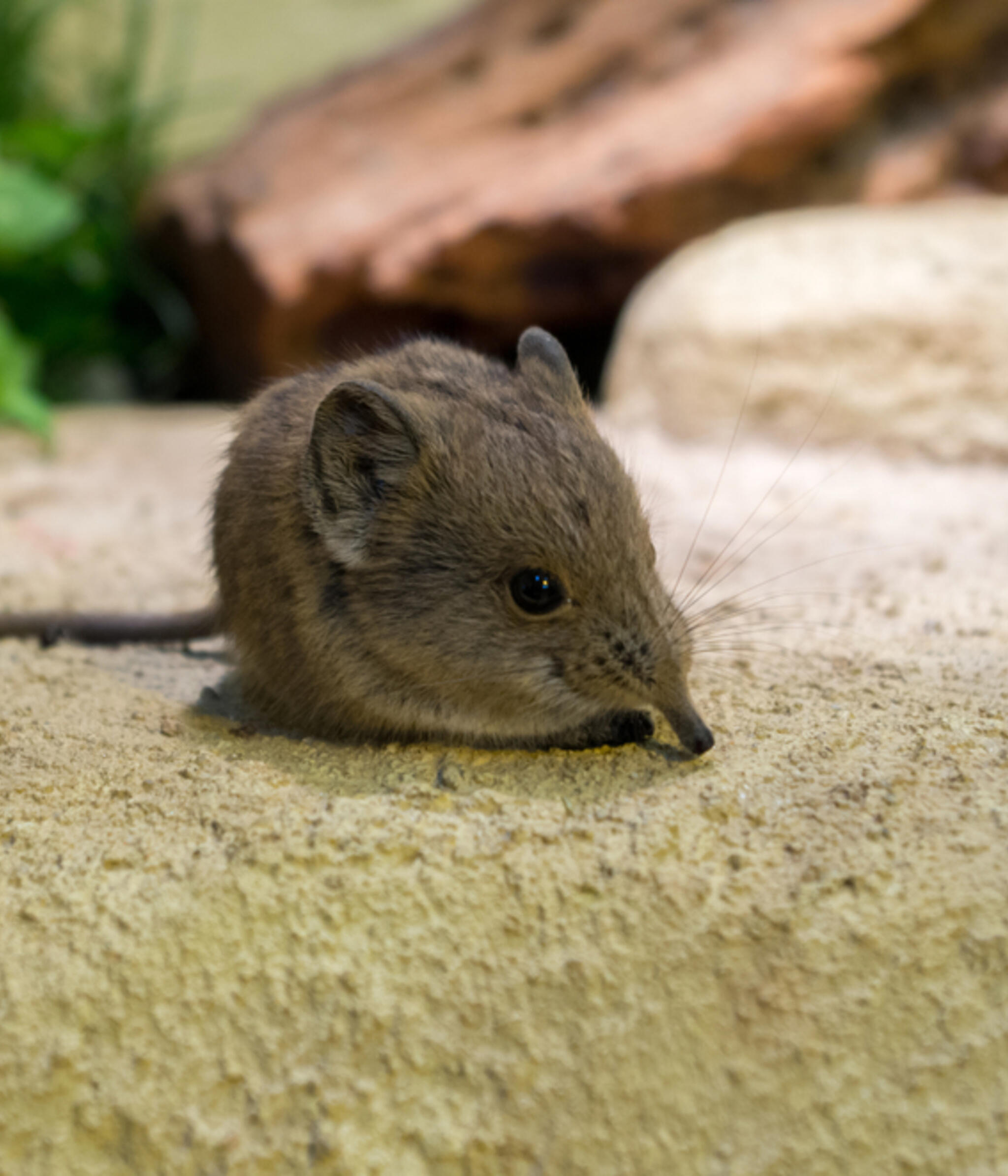 Everything you need to know about sengis. You can visit our sengi Priscilla in our Rainforest exhibit.

Our short-eared sengis are the smallest of all sengi and can fit into the palm of your hand, but most sengi are much larger. The biggest sengi weighs around 700g, around the same weight as a Guinea pig.

Sengis live all across Africa, apart from the Sahara desert. Our short-eared sengi live in southern Africa in Namibia, Botswana and South Africa