Land of the Lions

A lift is available 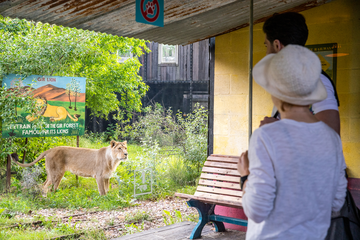 London Zoo’s Land of the Lions exhibit transports visitors from the heart of London to India’s vibrant Sasan Gir, where they can get closer than ever before to Asiatic lions.

Land of the Lions was officially opened by HM Queen Elizabeth II and HRH Prince Philip, Duke of Edinburgh, in March 2016. It has been designed to inform, inspire and excite wildlife lovers of all ages and promises to be an experience unlike any other! 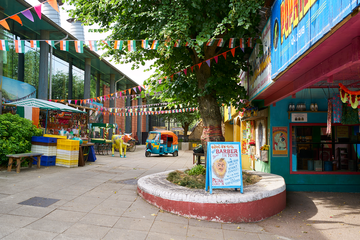 What animals live in London Zoo's Land of the Lions? 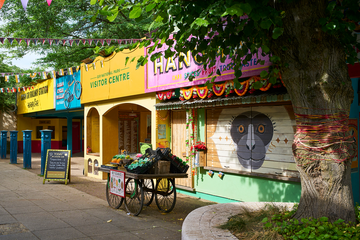 What else can I expect in London Zoo's Land of the Lions?

To truly capture the essence of the lions’ forest home, the Zoo’s designers visited Gujarat in India for inspiration, and rickshaws, bicycles, sacks of spices, rangers’ huts, and even a life-size truck – much of which was sourced and shipped from India – are dotted around Land of the Lions.

Covering an expanse of 2,500sqm (27,000sqft), visitors will enter London Zoo's Land of the Lions through a grand stone archway and explore Sasan Gir Train Station – where a lion might be spotted snoozing on the tracks – before being awed by the exhibit’s incredible centrepiece, a 360° Temple Clearing where the big cats will roam just metres away.

What inspired Land of the Lions?

Find out about how India's Gir forest and the story of humans living side by side with lions inspired the building of our Asiatic Lion habitat and discover how our designers took on the challenge of recreating a slice of India right in the heart of London.

Stay over at the Zoo within roaring distance of our Asiatic lions!