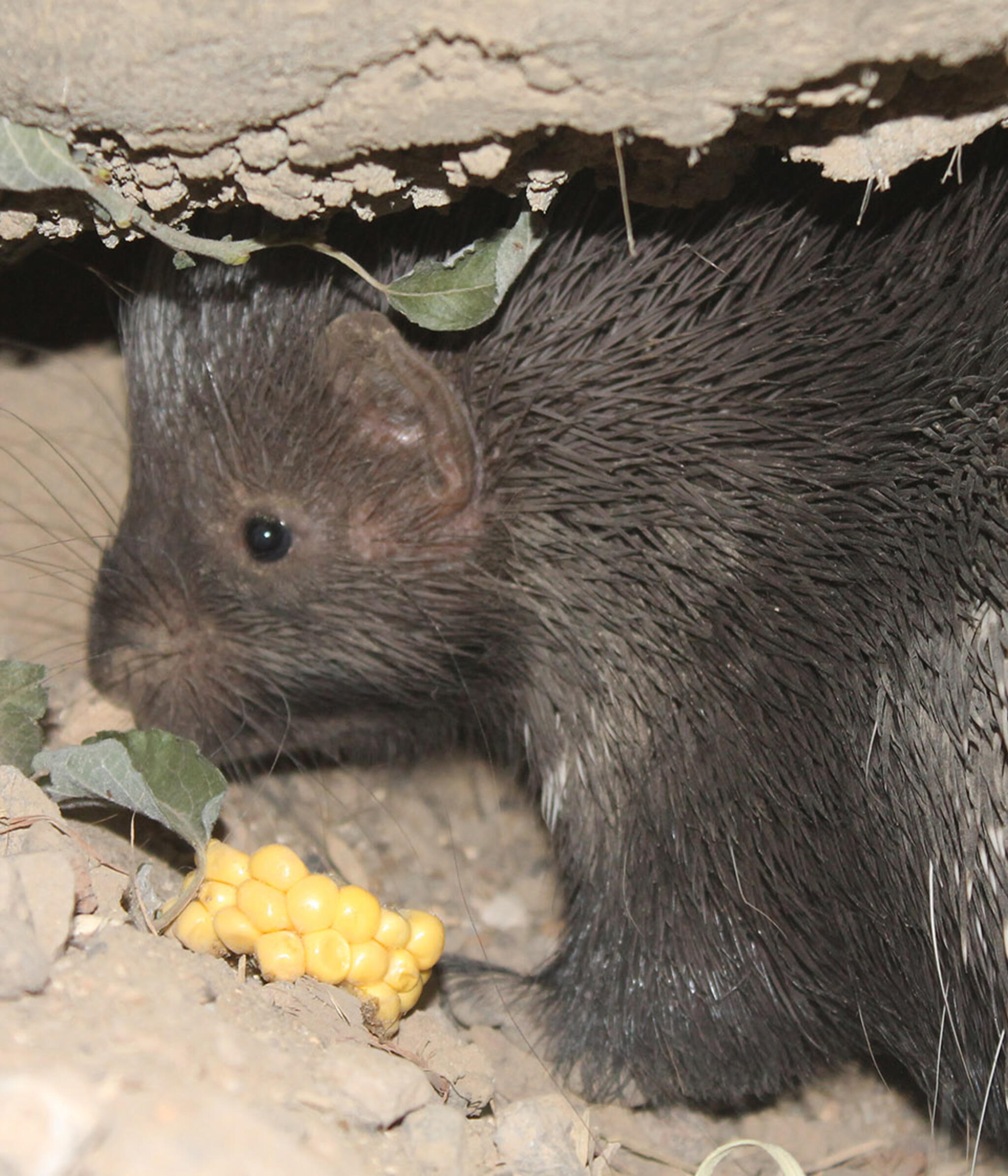 Baby porcupine born at the Zoo

Keepers at at the Zoo have shared the first images and footage of an adorable baby porcupine - known as a porcupette - born at the Zoo last month.

Born to parents Hettie and Henning on Monday 2 August, the baby cape porcupine (Hystrix africaeaustralis) has spent the past six weeks settling into the family’s cosy indoor dens, only emerging at night, accompanied by its protective parents, Hettie and Henning.

Footage from CCTV, set up to monitor the first-time family, shows the nocturnal youngster - nicknamed Herbie by zookeepers – scampering around as it explores after dark.

Cape porcupines are native to central and southern Africa and are the largest of all the porcupine species. Baby porcupines are born miniature versions of their parents, with a full set of soft quills, and weighing less than a pound - the quills quickly harden to protect them from predators.

Get animals in your inbox

Zookeeper Veronica Heldt said: “We’ve kept a watchful eye on the family via CCTV since its birth and have been pleased to see Herbie zooming around outside.

“As the little one grows in confidence, visitors - particularly those staying overnight at the London Zoo Lodges - will be able to spot Herbie following Hettie and Henning around their paddock, learning porcupine skills such as foraging for food.”

Keepers will discover the sex of the youngster after its first health check, when one of its quills will be sent for DNA testing.

Baby animals at the Zoo