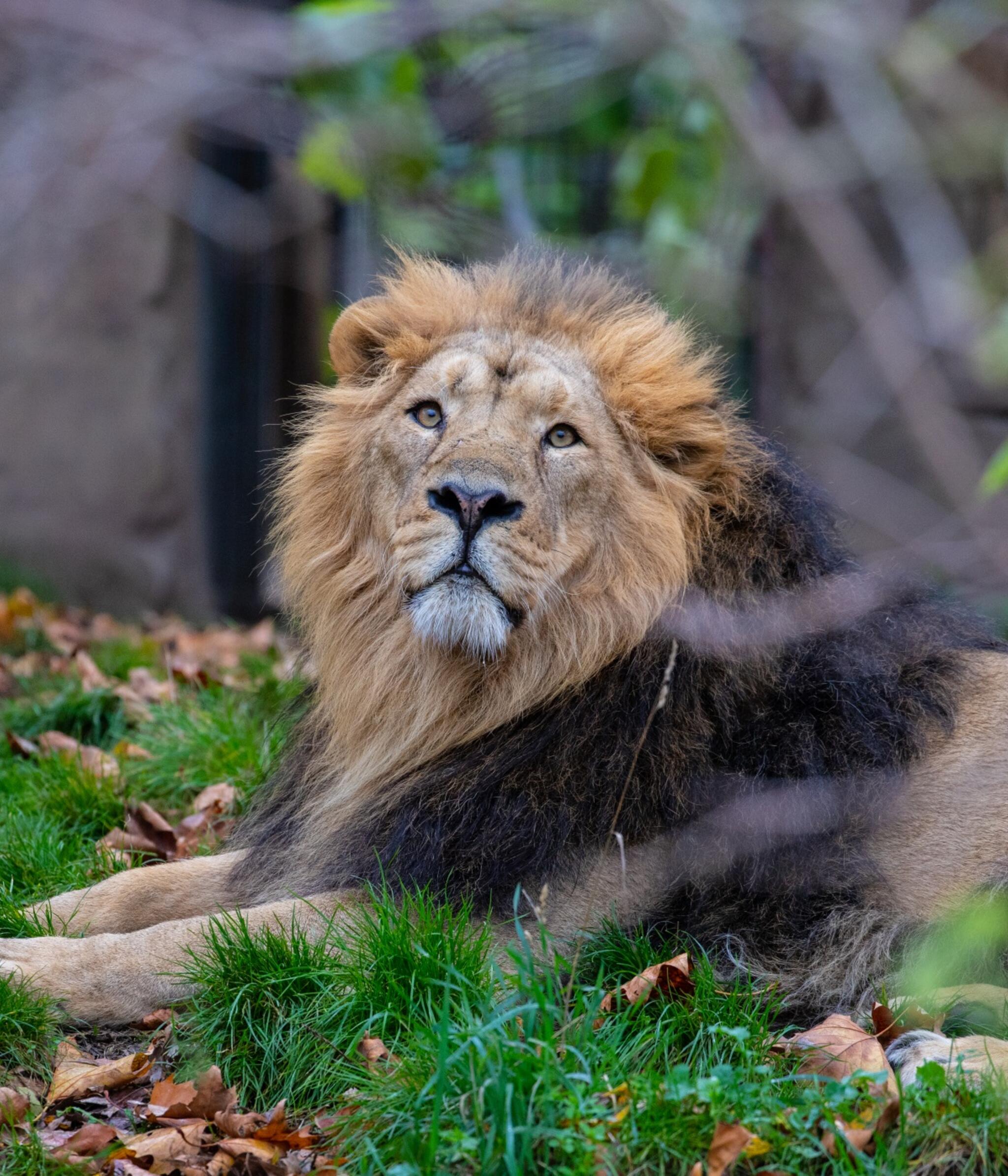 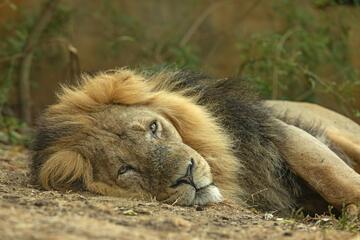 What lions will I see at London Zoo?

London Zoo's Land of the Lions is home to two Asiatic lions, Bhanu and Arya.

Our male, Bhanu, was born on 13 May 2010. He's our very own lion king, but can still be a big softy and loves rolling around in some of his favourite scents like turmeric or a Christmas tree.

Female, Arya, who was born on 16 June 2016, joined Bhanu in April 2021 from Paignton Zoo. She's a lively young lion, loves climbing trees, and her favourite scent is peppermint.

Matched as part of the international breeding programme for endangered species, coordinated by EAZA’s (European Association of Zoos and Aquaria) big cat specialists and supported by Liontrust, the hope is that the pair will breed in future. 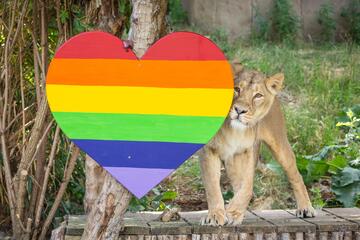 One of the largest of the cat family, Asiatic lions vary in colour from black and dark brown to sandy and grey. Adult males can weigh up to 190kg, while females can weigh up to 120kg. Unlike other species of lion, the majority of their mane growth appears around their cheeks and jaw, meaning that their ears are always visible. Another unique feature to the Asiatic lion is the fold of skin that runs along their underside. 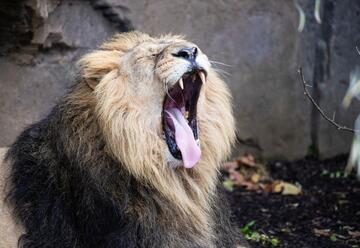 Where do Asiatic lions live?

Another key difference between Asiatic lions and African lions is their habitat. The Asiatic lions' last remaining stronghold is in the Gir Forest and surrounding area in Gujuart, India.

What do Asiatic lions eat?

Asiatic lions' diet is made up of both large and small mammal prey such as deer, wild boar and antelope. They have also been known to feed on domestic cattle. 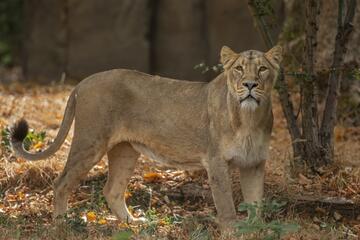 There are approximately 600 Asiatic lions left in the Gir Forest of Western India, their last remaining natural habitat. This small population survives in a tiny patch of forest where one disease epidemic or forest fire could wipe them out forever. Together with the support of Liontrust and our partners in India, we have built a legacy to protect the lions of the Gir Forest.

What threats do Asiatic lions face in the wild?

An Endangered species, wild Asiatic lions are today found in just one small area of Gujarat, India, where approximately 600 remain in a forest the size of London. Asiatic lions are particularly vulnerable because they live in one concentrated area and could be dramatically effected by unpredicted events such as a large forest fire. Poachers also pose a threat for these majestic creatures.

How is ZSL working to protect Asiatic lions?

Corporate partners such as Liontrust enable ZSL to care for Asiatic lions like Arya and Bhanu, and support partners in India to safeguard theses big cats in their last remaining wild habitat, the Gir Forest. Learn more about our conservation work to protect Asiatic lions. 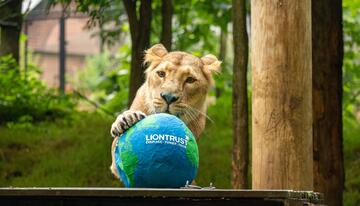