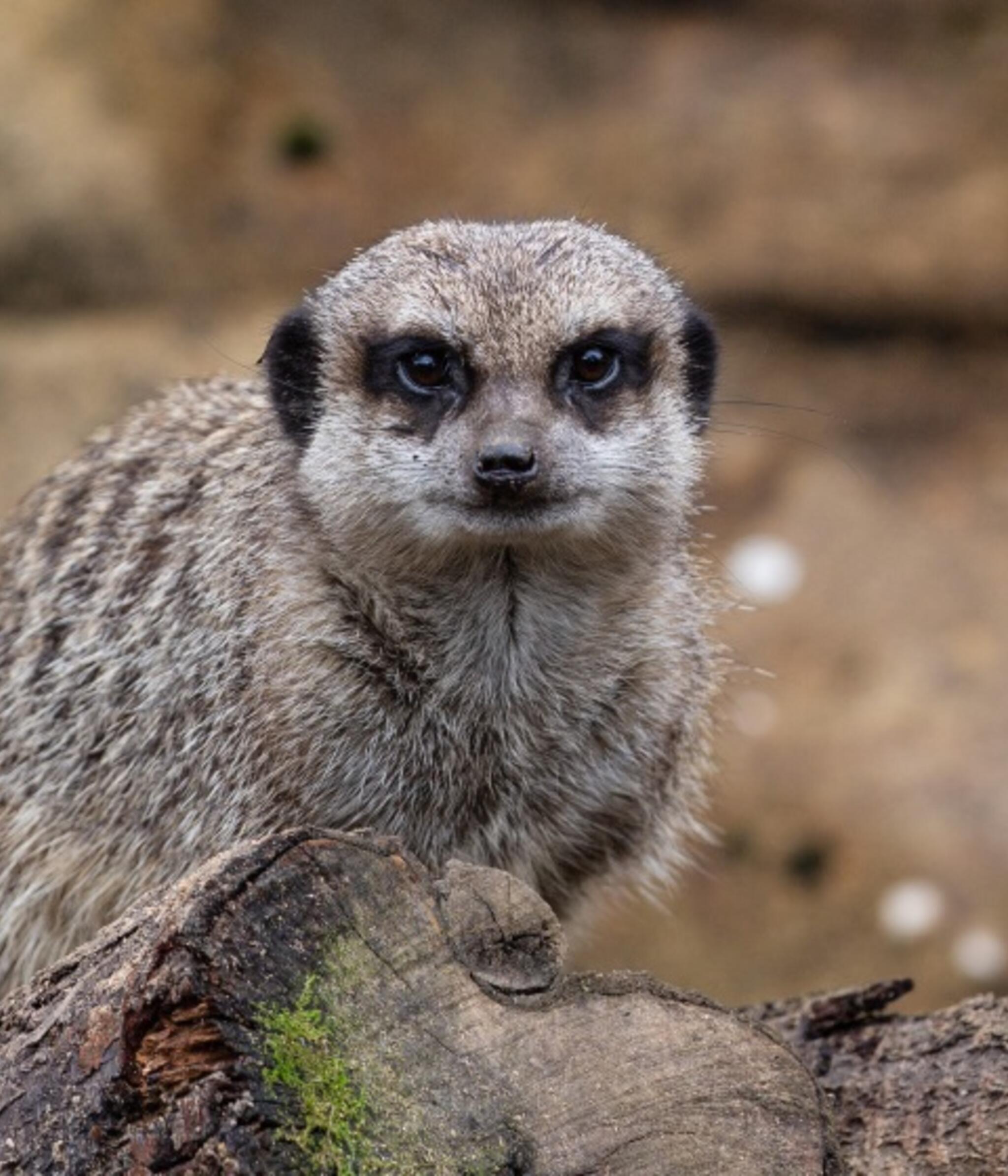 Slender-tailed meerkats are members of the mongoose family. They have a long thin tail that allows them to balance when standing upright and have black patches that surround their eyes. When meerkats dig, they can close their ears in order to stop dirt entering their ear cavities.

They forage in groups, taking turns to stand on their hind legs at several lookouts to watch for predators, like birds of prey. At times of danger, the lookout gives a shrill alarm call and the group scurries for shelter.  Despite their cute appearance, meerkat mobs are territorial and have a strict hierarchal infrastructure in which social positions can impact on an individual’s lifespan. Meerkats live in large groups, sometimes comprising of several families living in one large community. These groups are referred to as either a mob, a gang or a clan.

Meerkats live underground, in large burrows which offer them shade from the hot African climate. In these burrows, the meerkat gang is able to raise their young, with males and siblings all getting involved to teach young meerkats how to play, hunt and hide. Female meerkats can even nurse their young while standing, and typically have two to four pups a year.

What do slender-tailed meerkats eat?

Desert and dry open plains in networks of underground burrows and crevices.

Where do slender-tailed meerkats live?

What are some of the threats facing slender-tailed meerkats?

Hunted by eagles, servals and jackals. Sometimes culled because they can carry rabies.

Meet the Meerkats at London Zoo

Go inside the meerkats' home and watch as they scamper around you as they search for their food.

London Zoo Newsletter
Get the latest updates about exciting animal news from the Zoos, upcoming events, experiences, offers
Sign up