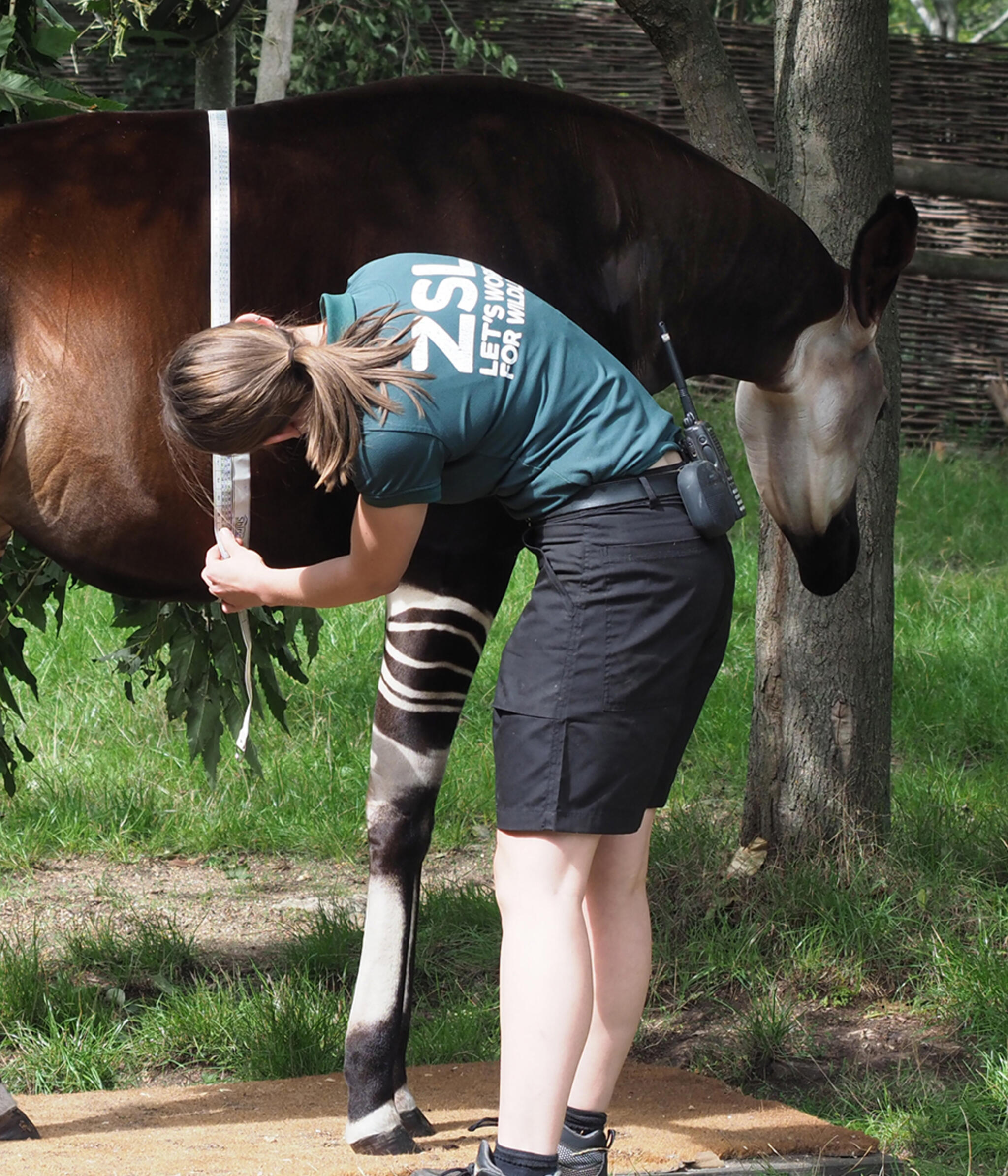 Okapi factsConservation at the Zoo
12 February 2020

Amazing footage released by  London Zoo shows their newest resident-to-be’s heart beating for the first time - as the Zoo’s vets monitor the pregnancy of one of their most endangered species, six-year-old Oni the okapi.

The remarkable footage follows the Zoo’s expert vet team as they work alongside zookeepers to carry out the okapi’s six-month scan last month (Monday 27 January), before analysing the footage.

ZSL vet Tai Strike said: “Oni is heading into her second trimester and I’m pleased to say both mother and baby are doing very well; we can now clearly see the curve of a spine and a strong heartbeat, which means we hope to hear the pitter patter of tiny hooves sometime between August and November this year.”

Oni has been having regular ultrasounds since her keepers first suspected she was pregnant last August - using daily training to make sure she is completely comfortable with the scans.

“Oni’s keepers practise target training with her every day – presenting her with a small, handheld wooden target that she can touch with her tongue in order to get a small reward; this allows them to calmly encourage her into the right position for the ultrasound.”

“She’s totally nonplussed when we arrive and get out the kit – she’s actually a big fan of the ultrasound gel, which is clearly very tasty as she loves trying to lick it off!” 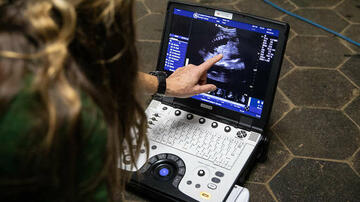 Not only are the regular scans vital to help vets ensure both mum and baby are in the best of health, information from the scans will also help inform other zoos’ care of okapi - part of an important European breeding programme for the Endangered species (EEP).

“There is a huge amount of data for experts to draw on when scanning pregnant humans, which is why doctors are able to monitor their health so closely and accurately predict their arrival - but this data is very limited for other animals.

“Okapis have a long gestation period of between 14-16 months, so the infants are already physically well-developed when they’re born; as time goes by we’ll be able to make out more and more detail and map out key growth milestones – just like human parents excitedly tracking their own pregnancies.”

This is the second pregnancy for Oni, who gave birth to her first calf, named Meghan, in 2017 - the two-year-old moved to Chester Zoo last year as part of the EEP.

“I always get excited before Oni’s ultrasounds,” says Tai. “But Oni is definitely more interested in whatever treats the keepers have for her than the scan photos.

“The baby is approximately 20cm long right now - certainly big enough to have given me a proper kick while we were scanning. He or she is definitely going to be feisty!”