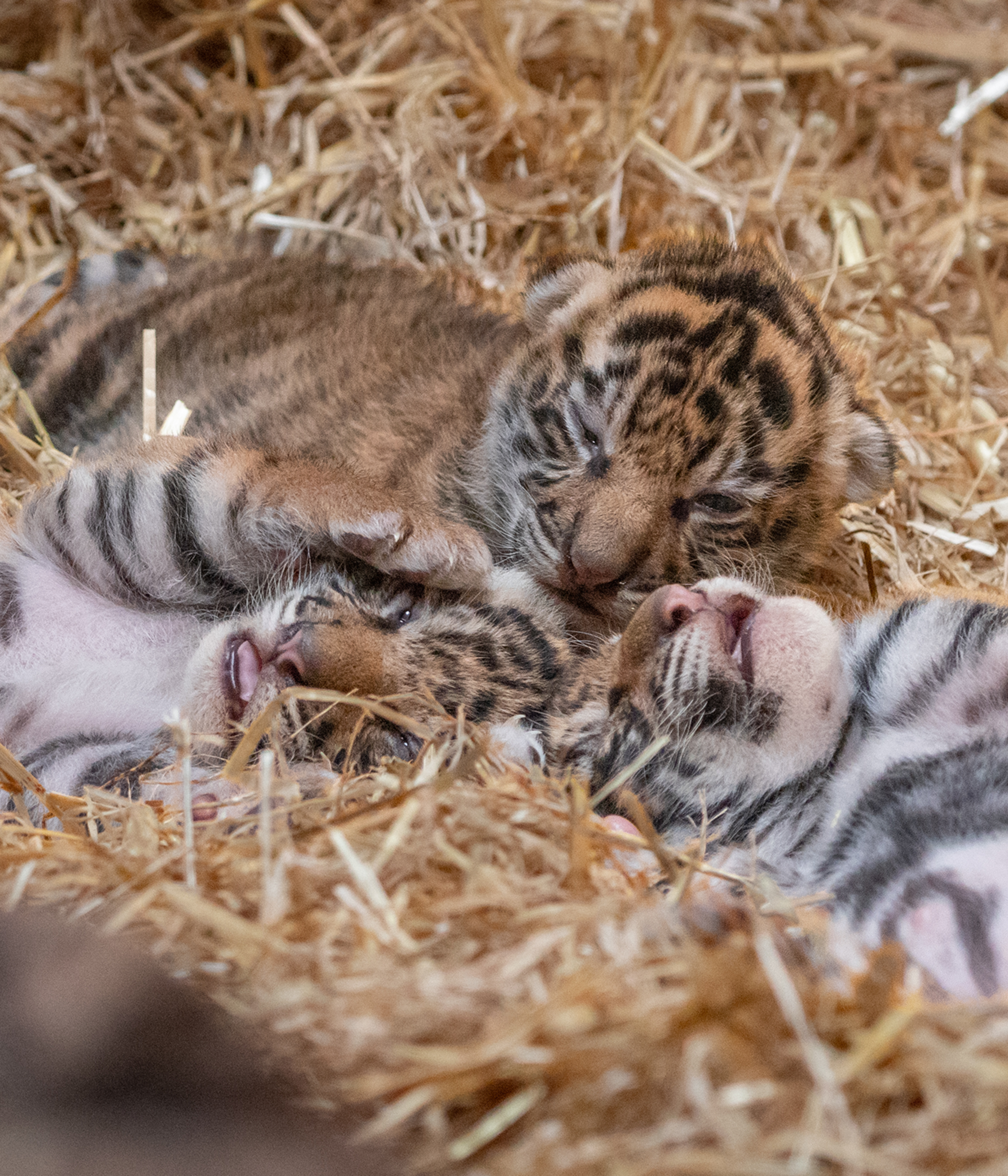 Three of the world's rarest tigers have been born at London Zoo.  Zookeepers have shared the first footage of a triply exciting arrival - three Critically Endangered Sumatran tiger cubs, born on Monday 27 June.

London Zoo tiger keeper Kathryn Sanders said: “We were confident that Gaysha was pregnant and had estimated roughly how far along she was - when we observed her stomach grow noticeably in the past few weeks, we knew she was nearing full-term.

“We prepared her a special indoor cubbing den, filled it with soft straw for comfort, and began a nightly vigil - monitoring her progress remotely on screen.

"In the early hours of Monday morning, Gaysha’s contractions began and I watched via live feed as she gave birth to one, two then three healthy cubs – I held my breath in awe the whole time!”

While Gaysha has been spotted periodically venturing outdoors alone to stretch her legs since the birth, the ten-day old cubs will likely remain mostly tucked away in the family’s cosy cubbing den for the time being – until Gaysha decides it is time for them to explore the outdoor paddocks of their Tiger Territory home. 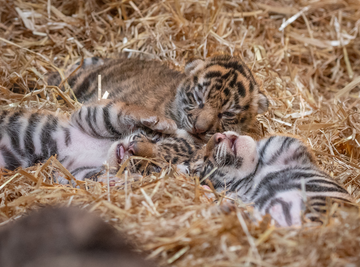 Kathryn added: “All three cubs are doing well in mum and dad’s devoted care and we’ve seen a key milestone already, with the strong little ones feeding and taking their first tentative steps almost immediately - the trio will also soon begin to open their eyes, which are always closed for the first few weeks after the birth.

“While we’re keeping a close eye via cubcam, we’re also taking care not to disturb the family so that they can continue to bond together - we can’t wait to get to know the little ones as they grow bigger and begin to explore their surroundings.”

The three cubs will be named after their first vaccinations at around three months of age, when vets and zookeepers will be able to confirm the cubs’ sexes.

The three new additions to the family are a great boost to the collaborative global breeding programme for Sumatran tigers - managed by ZSL - which sees zoos around the world work together to look after a healthy back-up population of the Critically Endangered species.

Since the launch of London Zoo’s Tiger Territory in 2013, the zoo has added eight cubs in total to the important programme.

Sumatran tigers are the rarest and smallest subspecies of tiger in the world, with the latest figures suggesting that only around 300 remain in the wild.