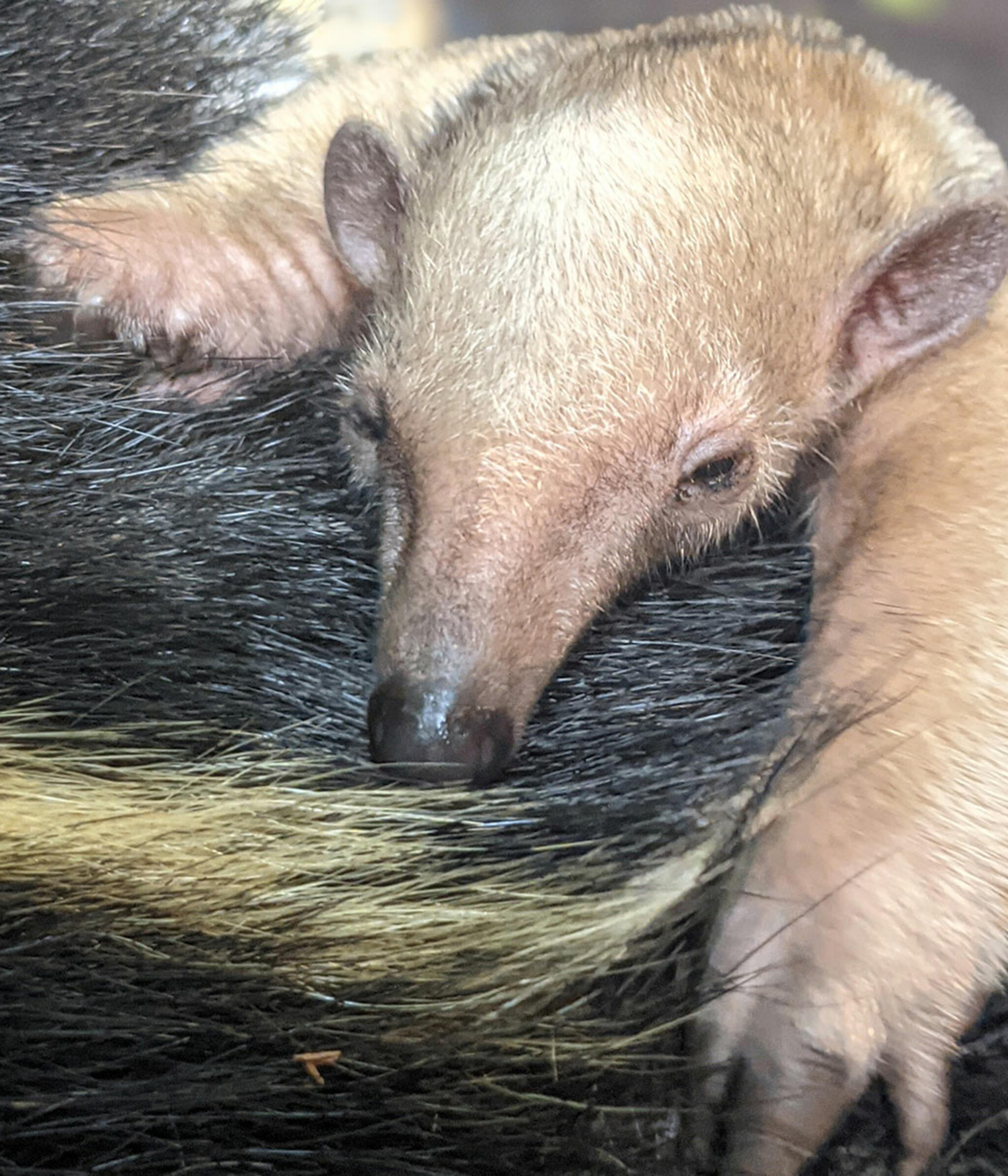 Zookeepers are celebrating the arrival of an adorable baby tamandua at ZSL London Zoo - after loved up parents Ria and Tobi welcomed their fourth pup on Friday 30 July.

Footage shared by keepers shows confident mum Ria taking the new little one for a walk around their South American-inspired Rainforest Life home just days later - with the 25cm long camouflaged youngster clinging firmly to her back.

Juvenile tamanduas (Tamandua tetradactyla) spend the first three months clinging to their mother’s backs, sliding down to feed before pulling themselves back up to nestle into mum’s fur.

Zookeeper Marcel McKinley said: “We’ve all been waiting excitedly for the baby’s arrival, so when Ria vanished into her nest box the evening before, we had our fingers crossed that the time had come - we came in early the next morning and were delighted to see a tiny baby wriggling on Ria’s back.”

Marcel added: “We won’t know if the baby is a boy or girl until its first health check in a few months’ time, but in the meantime we’ve decided to nickname the newborn Bueno, which means ‘good’ in Spanish – as the little one is doing such a great job holding on tight to mum.” 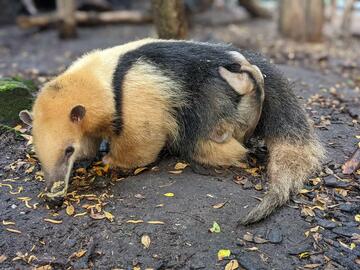 Closely related to giant anteaters, tamanduas hail from South America and have fantastic camouflage, with their matching patterns aligning to create one continuous stripe - allowing the young pup to avoid the eyes of predators in the wild. Their tongues can grow up to 40 cm in length and are perfect for sucking up their favourite food, ants and termites.

“Visitors will be able to see Bueno in London’s only living rainforest, which the tamanduas share with two-toed sloths Marilyn and Leander, golden-headed tamarins, red titi monkeys and fruit bats,” explained Marcel.

“The South American-inspired walkthrough is just one of many global stops on our summer Travel the World tour - where staycationers can celebrate the wonder of the world’s wildlife without leaving the country.”

A great value day out, Travel the World at ZSL London Zoo is the perfect alternative to an overseas trip this year, and is free with Zoo entry – book your summer tickets now: